Started the year off right with a family sail down to Monterey and back on our Catalina 270. 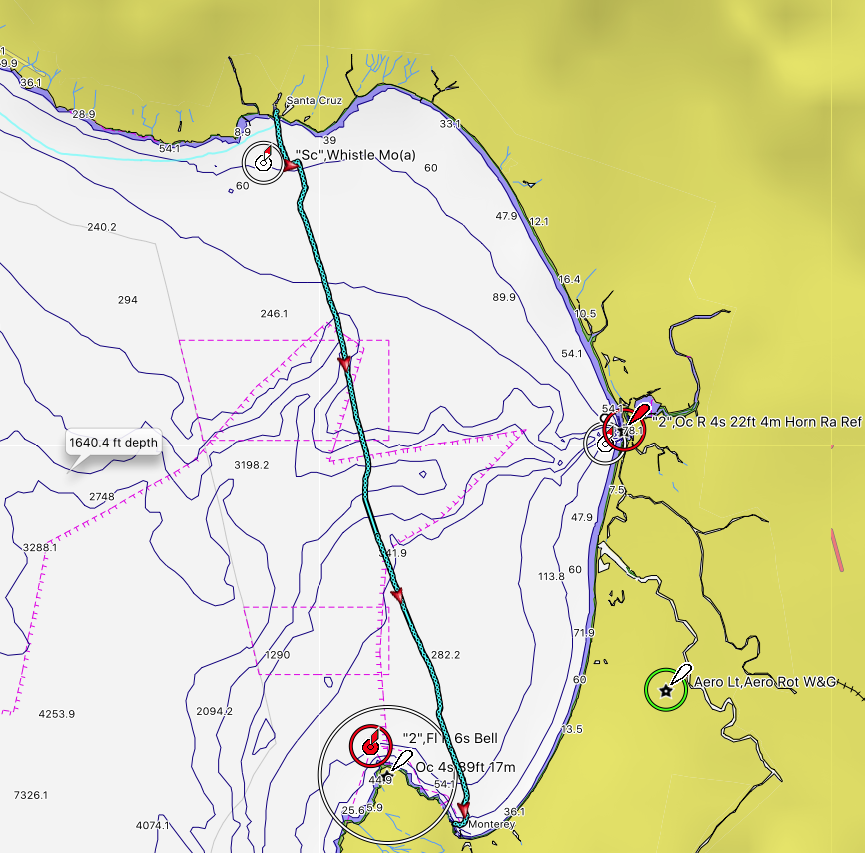 Unfortunately, no wind at all today so had to motor all the way. Glassy seas and a nice day though. 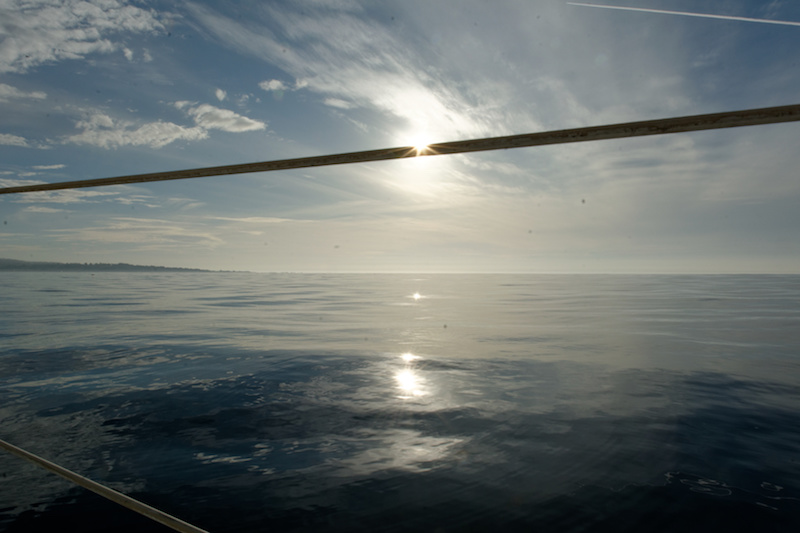 My son did a great job steering to the compass for a big part of the trip: 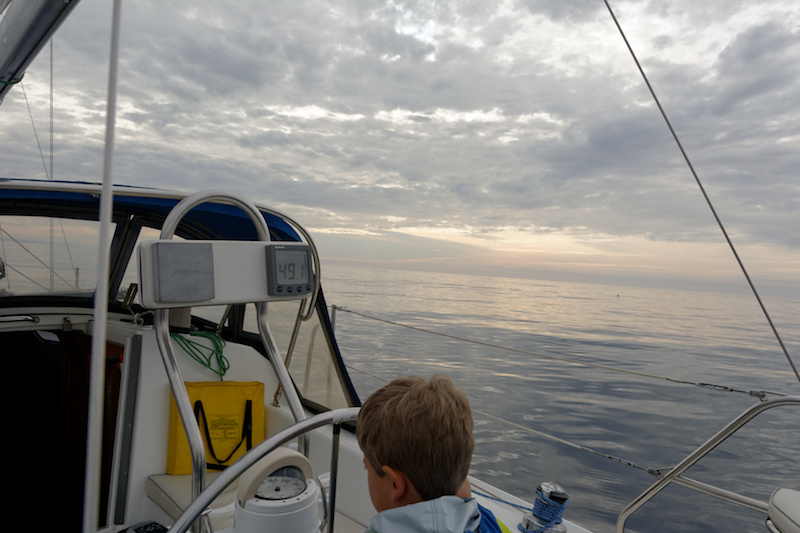 Abundant sea life on this trip. First we saw several whales which surfaced many times. 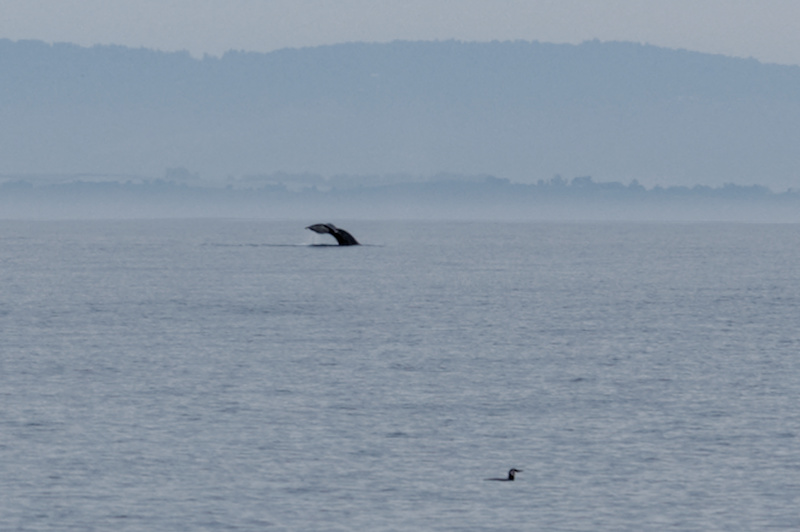 Later we saw a large group of dolphins cross our bow and head off into the distance. Based on the white stripe on the fin, I’m guessing they were Dall’s Porpoises. 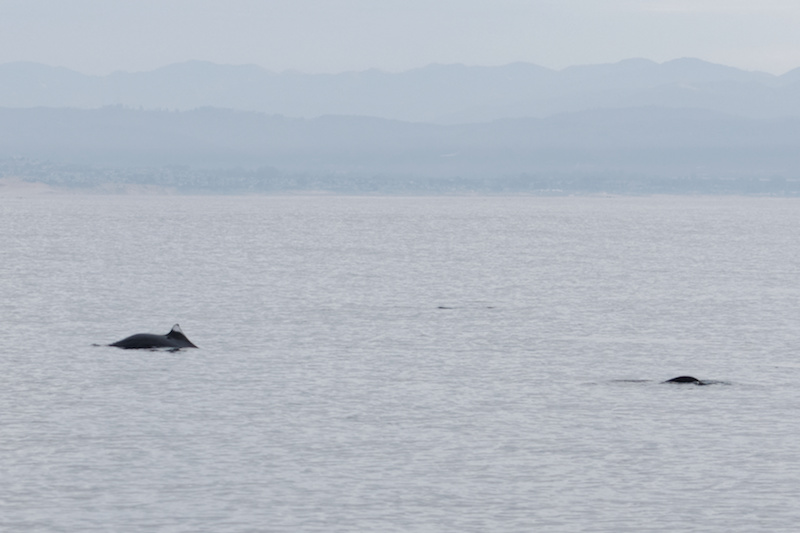 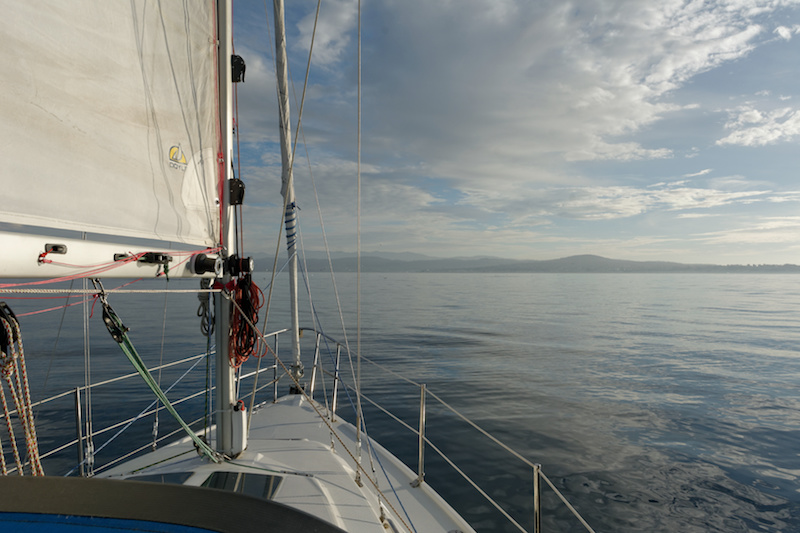 I suddenly noticed the water was filled with jellies! 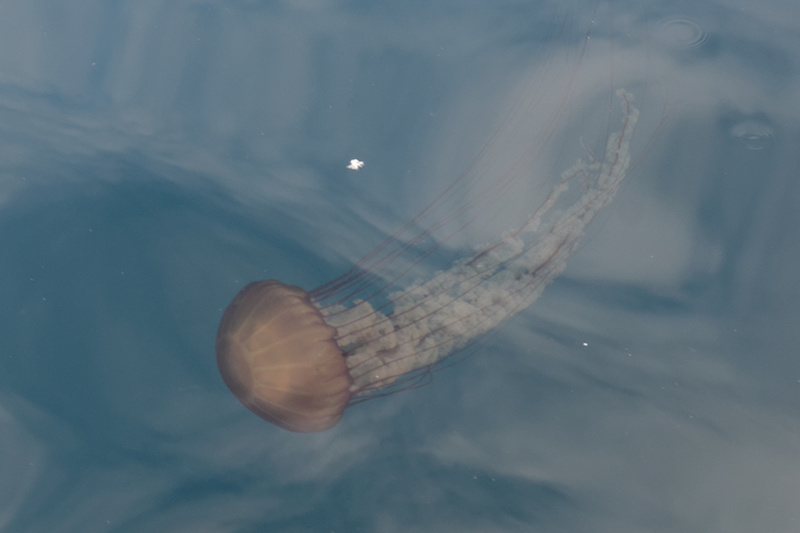 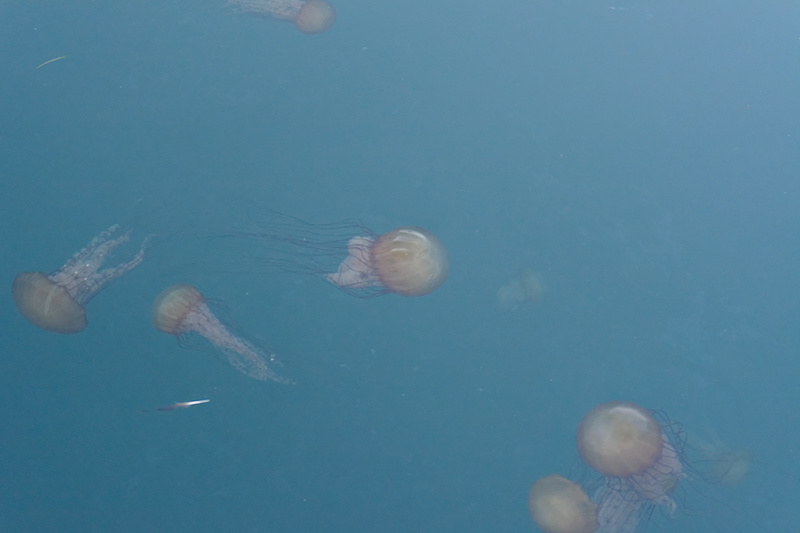 Soon after we were tied off at the Breakwater Cove Marina in Monterey. 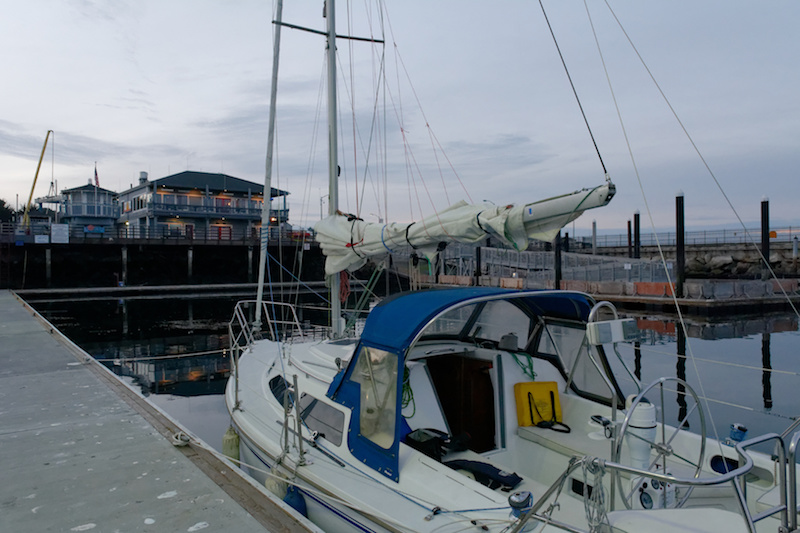 After a nice dinner at Gianni’s Pizza, back to the boat for the evening. 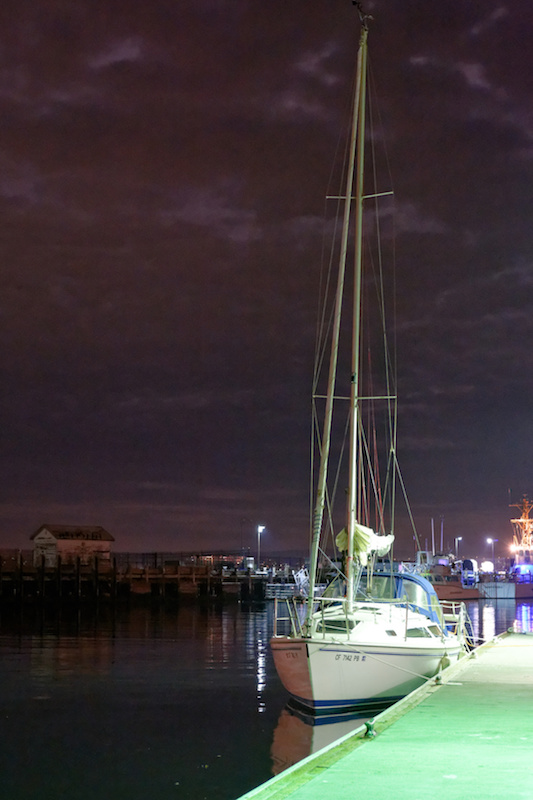 Rain in the forecast for today. sadly. On the plus side, at least some wind.

Heading north from Monterey there was indeed a bit of wind so finally got to do some proper sailing. The fun only lasted about 4 nautical miles though, after which the wind became light and speed dropped below 3 knots. So I motorsailed the rest of the day to get home sooner given the cold and steady rain.

We did see two whales which surfaced quite close to the boat. Given the rain, didn’t take the camera out today so no photos. Also, the GPS managed to reset itself somehow, so didn’t record the whole track.